Commeo solutions can be used in a great many industrial applications.

Energy storage systems from Commeo are highly flexible and can therefore be used in many different settings. Here is just a selection of possible applications our system can be used for.

Nowadays, solar and wind energy account for an ever increasing proportion of our electricity supply and this is causing more pronounced fluctuations within our power network. Large, battery-based storage solutions can therefore help to maintain the security of supply and the stability of our electricity network, by enabling energy to be stored and released at specific times. Together with our partners, we can supply you with ready-to-use and optimally coordinated energy storage solutions to provide a diverse range of system services:

Due to the high energy and power density, our battery-based storage systems are ideally suited for use in automation applications of any type. For example, battery-based storage systems from Commeo are used to propel driverless transport systems electrically, with zero emissions and zero maintenance. In cases involving more complex requirements too, such as special-purpose mechanical engineering or the construction of specialist utility vehicles (items such as cooling and refrigeration units or lifting devices), Commeo provides the power that is needed in a form that combines ease of handling and extended operating times. By means of standardised interfaces and communication protocols, Commeo battery systems support the automation systems used in Industrie 4.0 solutions.

The expansion in the use of regenerative energy sources within Germany’s distribution networks is increasing the need to maintain the voltage and frequency range. Both during normal operation and in the event of a fault, voltage maintenance must always be coordinated through the use of suitable voltage regulators. In such cases, the Commeo battery system provides effective voltage regulation. When used in conjunction with a suitable type of power electronics (for information, please see “Partners”), the network voltage can be supported by means of reactive power and short-circuit power.

During the past few decades, most of the energy generated in the world’s industrialised nations was produced centrally in large-scale power stations. The resulting electricity was fed into the grid via the distribution network. The distribution network, in turn, simply transported the electricity to end-users. Nowadays, however, thanks to renewable energy and other decentralised energy sources, this balance is shifting towards a decentralised electricity supply system. Photovoltaic systems, charging infrastructure for electric vehicles, cogeneration units, wind farms and biogas plants are placing a strain on our electricity network. In many cases, the cables are already operating at full capacity and expanding the connected power can only be achieved by carrying out network expansions, which are costly. As an alternative to this, the battery system from Commeo provides relief, making it possible to avoid the expense that expanding the network would involve.

Have we aroused your curiosity?
Do you have any ideas regarding other potential applications?

If so, please get in touch with us for a personal discussion with an adviser 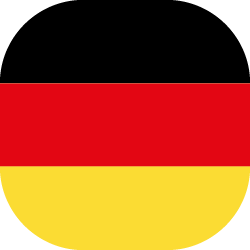 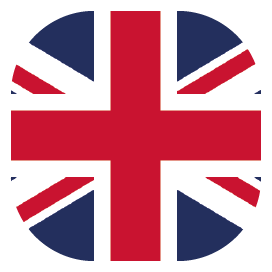 We use cookies on our website to provide you with the best possible experience by remembering your preferences and repeat visits. By clicking on "Accept All", you agree to the use of ALL cookies. However, you can visit "Cookie Settings" to give controlled consent.
Cookie settingsAccept all
Manage consent

This website uses cookies to enhance your experience as you navigate through the website. Of these, the cookies that are deemed necessary are stored in your browser as they are essential for the basic functions of the website to work. We also use third party cookies to help us analyse and understand how you use this website. These cookies are only stored in your browser with your consent. You also have the option to reject these cookies. However, rejecting some of these cookies may affect your browsing experience.
Necessary Always Enabled
Necessary cookies are absolutely essential for the website to function properly. These cookies ensure basic functionalities and security features of the website, anonymously.
Analytics
Analytical cookies are used to understand how visitors interact with the website. These cookies help provide information on metrics the number of visitors, bounce rate, traffic source, etc.
Advertisement
Advertising cookies are used to provide visitors with relevant advertising and marketing campaigns. These cookies track visitors on different websites and collect information to provide tailored advertising.
Others
Other uncategorized cookies are those that are being analyzed and have not been classified into a category as yet.
SAVE & ACCEPT
Powered by